Artist Nemo Gould (A.K.A. “nemomatic”) is a compulsive collector of things, and maker of all sorts.  Shown here is a selection of his pro-found object, kinetic sculpture.  Comments and questions are welcome.

Hey Bay Area people.  I’m curating a show with Jeff Hantman that features former Artists in Residence from the San Francisco Dump.  I’ll have some of my new tiny pieces to share and I’ll have my studio open, as will several of the other awesome people in our compound.

See below for full details, tell a friend! 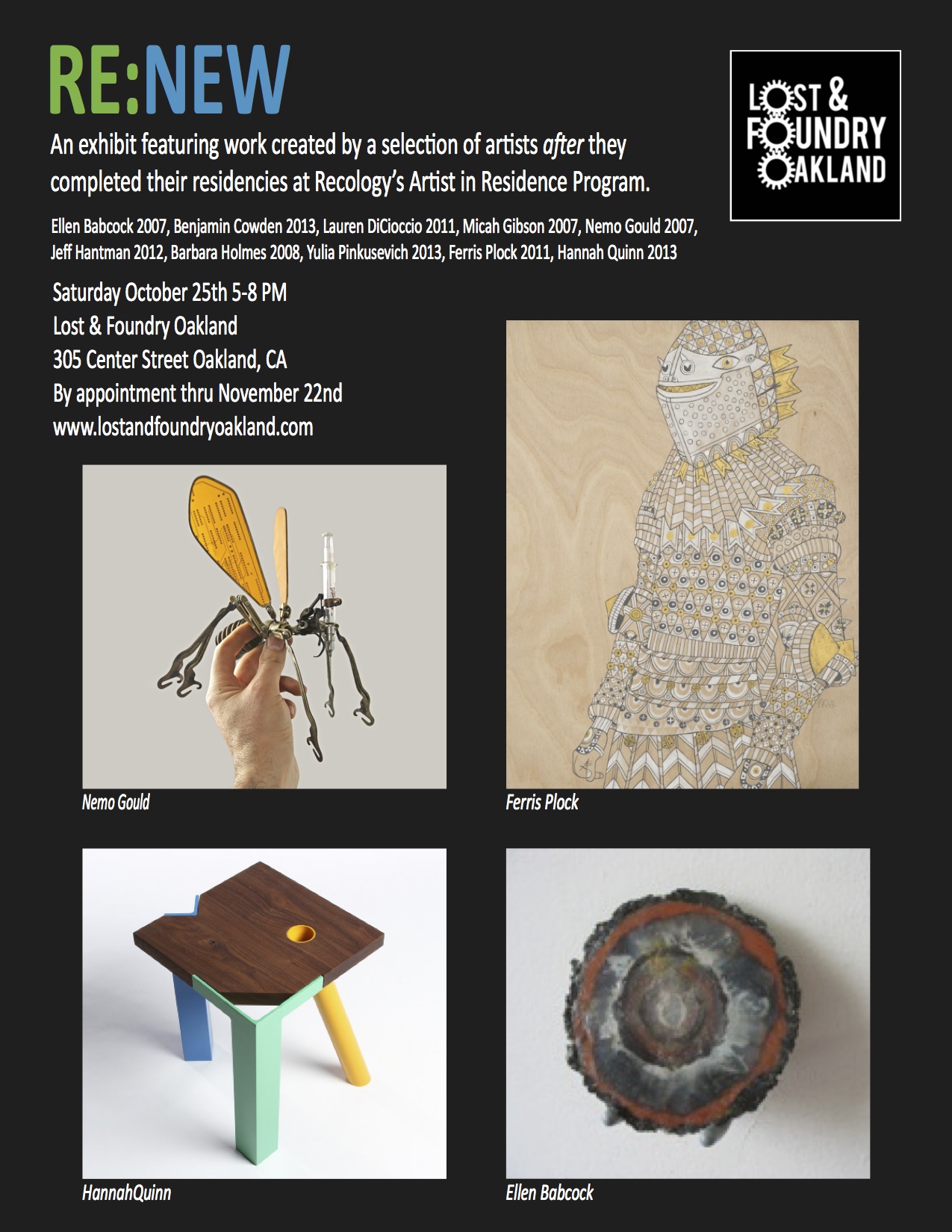 On October 25th, Oakland-based Lost & Foundry Studios and Gallery will present Re:New, an exhibit featuring work created by a selection of artists after they completed their residencies at Recology’s Artist in Residence program.

For nearly 25 years Recology’s Artist in Residence program at the San Francisco Dump has been providing artists with the facilities and support necessary to make art from the city’s waste stream. Over 100 artists have passed through the program making their own personal statements about art, waste, and reuse.  Through the years Recology has amassed an impressive collection of these works, and has worked hard to exhibit them throughout the city at a variety of venues.

Lost & Foundry co-directors Nemo Gould and Jeff Hantman are both alums of Recology, and have felt the impact this program has had on their work. This exhibit will pool together several diverse artists who have been similarly impacted by their experience, and demonstrate Recology’s role in shaping art in the Bay Area.

The Re:New exhibit will open Saturday, October 25, 2014 from 5-8 PM at Lost & Foundry Studios and Gallery, located at 305 Center Street, Oakland CA (only half a block from West Oakland BART.)

Lost & Foundry Studios and Gallery is a collective art space in West Oakland.  Twelve artists and craftspeople currently work in the three building compound.  In addition to the exhibit in the gallery, many of the workspaces of the tenants will be open for viewing during the event.

Just a reminder to anyone in the San Francisco Bay area, my new piece “Armed and Dangerous” will be on display at the Exploratorium through the weekend.  There is an outdoor event that is free to the public on Saturday, and I’ll be hanging around from 11-3 just inside the main entrance (where my sculpture is installed). 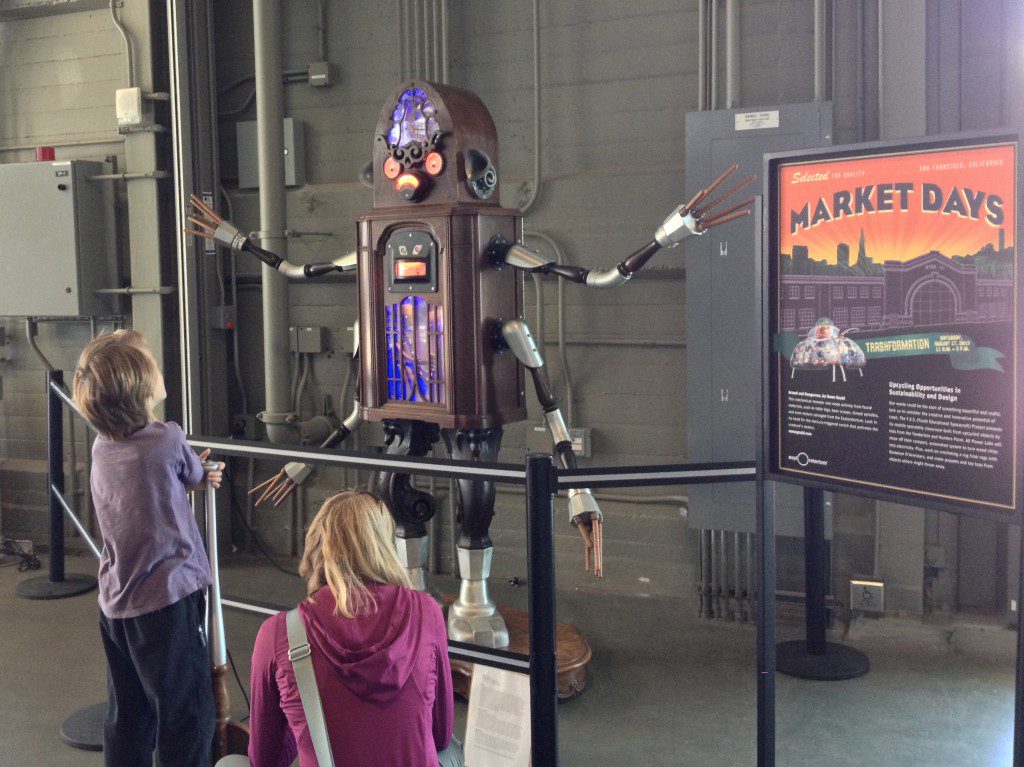 I’m pleased to share these images of two of my sculptures (“Cycloptopus” and “Doubtful“) on display in the windows at Barneys New York in San Francisco (77 O’Farrell St, San Francisco, CA 94108).  They will be installed for about three weeks. 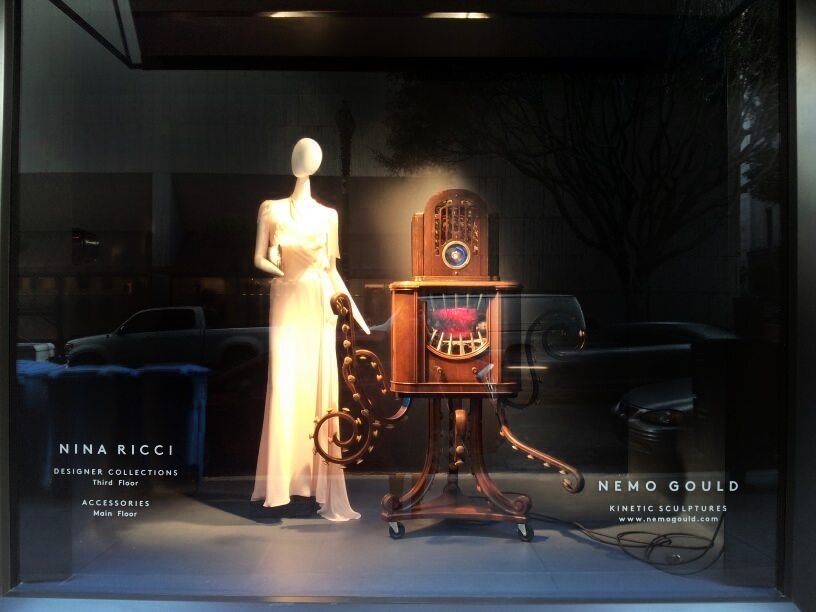 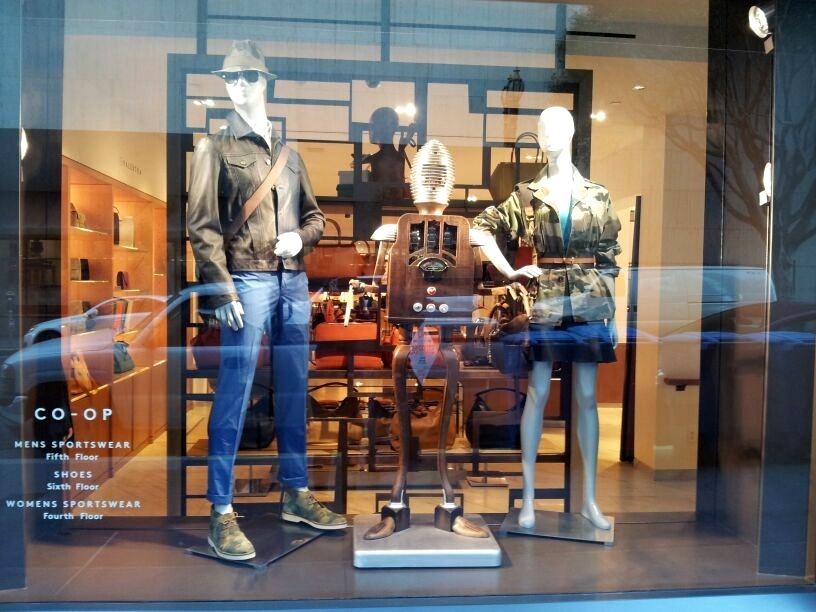 Posted at 20:35h in installation by Nemo Gould 0 Comments
0 Likes

The good people at Recology just sent me this image of my work on display in the United terminal at the San Francisco Airport.

It’s part of a large exhibition of work done by their artists in residence over the years.

“We are pleased to announce that The Art of Recology will open March 16 in the United Terminal at the San Francisco International Airport. The exhibition presents over one-hundred pieces made by forty-five artists during their residencies at Recology. Artwork was selected by airport curators and will be on exhibition through October 27. The Art of Recology is located past security so can only be viewed by those traveling, but if you find yourself flying United soon, allow some extra time to view the exhibition.” 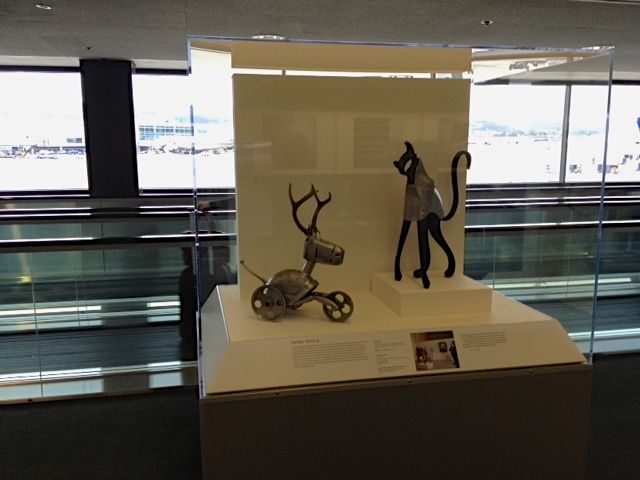 Last Friday I had the privilege to install several of my sculptures in the stairwell of Google’s building 43 in Mountain View CA.  They will be on view there for the next few months.  Follow the link to see a slideshow: